CARRBORO – Dr. Scott Russell Clarke, 48, died at his home on November 1, 2015 after a grueling and courageously fought twenty-month battle with non-Hodgkin lymphoma.

Scott was born on March 4, 1967 in New York City to Paula Salgo Clarke and Stevens Hall Clarke. In 1971, his family moved to Chapel Hill where he attended the local schools and regularly performed in music groups and school theatre productions. A proud member of the Chapel Hill High Class of 1985, he went on to complete a B.S. degree in biology at the University of North Carolina at Chapel Hill in 1990. He received his medical degree from Duke University in 1995 and then completed a five-year residency in otolaryngology at Tulane University.

After returning to the Triangle in 2000, Scott began a fifteen-year career in the practice of general otolaryngology with North Carolina Eye, Ear, Nose, & Throat in Durham. That same year, he met his future wife, Sarah Caroline Thuesen, whom he married on August 13, 2005. True soul mates, Scott and Sarah shared many loves, including good humor, good food, music, hiking, the North Carolina coast and mountains, political discussion, and, most of all, parenthood. Indeed, the happiest years of Scott’s life followed the births of his two children, Henry Thuesen Clarke in 2009 and Ida Caroline Clarke in 2011, in whom he took enormous pride and pleasure.

A devoted husband, father, son, brother, and uncle, Scott enjoyed nothing more than spending time with his family. He also took great pleasure in getting to know his patients. A kind, gentle, and self-effacing man, he was a master at coaxing reluctant children into ENT exams. An avid runner for his entire adult life, he kept up his practice of regular runs even during eleven rounds of intensive chemotherapy. During the arduous twenty months he spent on the “patient side” of medicine, he endured his treatments with grace and patience, always thanking the many nurses and doctors who cared for him. The “lymphoma monster,” as his son aptly put it, eventually robbed his body of its strength, but his tenacious spirit and love of life remained intact until the very end.

In addition to his wife and children, survivors include his mother, Paula Clarke; step-father, Mills Bridges; father, Steve Clarke; stepmother, Sheila Kerrigan; brother, Ben Clarke; and sister-in-law, Patricia Mickelberry, all of Chapel Hill; father-in-law, Ted Thuesen and mother-in-law, Mary Thuesen of Hickory, NC; brother-in-law Peter Thuesen (Jane Kenyon) of Indianapolis and their children, Isaac, Joanna, and Margaret. He also leaves behind a devoted circle of childhood friends, who rallied around him and his family during his illness.

Funeral services will be conducted at The Chapel of the Cross in Chapel Hill (304 E. Franklin Street) on Sunday, November 8 at 2:00 pm. A reception in the church parish hall will immediately follow. A private burial will take place at Westwood Cemetery in Carrboro. Memorial donations may be made to Physicians for a National Health Program, https://org.salsalabs.com/o/307/p/salsa/web/common/public/content?content_item_KEY=7924&okay=True, the Lymphoma Research Foundation, https://community.lymphoma.org/tribute, or a charity of your choice.

The Clarke family is under the care of Hall-Wynne Funeral Service.Online condolences www.hallwynne.com, select obituaries.

Offer Condolence for the family of Dr. Scott Russell Clarke 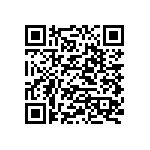