During World War II, he served in the US Army Air Corp in India and China as a meteorologist, leaving the service as a Captain. His academic career as a professor at UNC-Chapel Hill in the School of Education began in 1948, retiring in 1987. He was principal from 1953-1955 at Bartlett-Yancy High School in Yancyville, NC while on professional leave from UNC. He wrote the textbook “Understanding the American Public High School” and numerous education publications. He served on the Chapel Hill-Carrboro school board from 1968-1975. He was on the board of trustees of NC Wesleyan College in Rocky Mount, NC and Goodwill Industries of Eastern NC. Sam was an Eagle Scout and a Boy Scout leader. He was awarded the Boy Scouts’ highest honor, the Silver Beaver Award by the Occoneechee Council in 1966 for over 30 years of service to the Boy Scouts at Duke Memorial United Methodist Church in Durham. He was honored to be a member of the Kiwanis Club for over 50 years. Sam and his wife Margaret have established the Samuel M. Holton Distinguished Professorship in the UNC School of Education.

Arrangements for the Holton family are under the care of Hall-Wynne Funeral Service. www.hallwynne.com.

Offer Condolence for the family of Dr. Samuel M. Holton 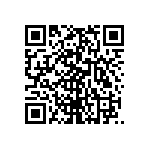