Richard was born in Brooklyn, New York, on March 31, 1931 to the late Katherine Vickers and Hugh F. Browne. He honorably served in the U.S. Army during the Korean War. He would earn a Ph.D in education and serve his community as a school administrator. He was married to the former Martha Lawrence.

In addition to his parents, Dr. Browne was preceded in death by his sister, Marilyn R. Browne.
He is survived by his wife, Martha Browne, his sons, Richard Browne (Holly) of PA and Robert Browne (Maren) of NY; his daughters, H. Patricia Cronin (Kevin) of NJ and Kathryn Hanley (Stephen) of NJ; his stepson, Bruce Lawrence of SC; along with fifteen grandchildren.

Offer Condolence for the family of Dr. Richard Hugh Browne 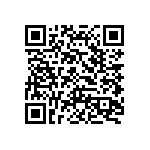