Dr. Tambe was born in India. After graduating with MA in literature, he was the founding principal of a high school in Vadodara, India. He was very ambitious and immigrated to the United States in 1961 to pursue higher education. He obtained his PhD in Education Administration from the University of Oklahoma.

After teaching at several universities across the country, in 1968 Dr. Tambe finally settled in Durham, North Carolina. He was a professor in the Department of Education at North Carolina Central University. He retired in 1998.

Throughout his life he was very active in community service. He served as the president of the Lion’s club and Association of Indians in America, Durham Chapter. He was a founding member of the Hindu Society of North Carolina. He was an extremely active volunteer for several years in Meals on Wheels.

He is survived by his son, Tushar Tambe; daughter-in-law, Kamini Tambe; and two wonderful granddaughters, Zelam and Nalanda Tambe. In lieu of flowers, donations may be made to the Hindu Society of North Carolina, 309 Aviation Parkway, Morrisville, NC 27560 or a charity of your choice.

Offer Condolence for the family of Dr. Naren Tambe 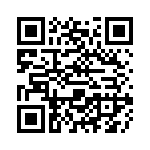