Dr, Mark William Stock, of Oxford, died June 18, 2010 at Durham Regional Hospital. Born Dec. 27, 1947 in Columbus, Ohio to the late Ralph “Dud” Stock and Bonnadell Stock. Mark graduated from Licking Heights High School in 1965 and received a BS in Microbiology from the Ohio State University in 1969. He went on to receive his Medical Doctorate from University Autonomous of Guadalajara in 1978.
From 1979 – 1095 he practiced Medicine at Northern Family Physicians in Dublin, Ohio. During his time in central Ohio he served as team physician for a local high school and for Ohio State High School Athletic Association Tournaments. Mark then focused on academic medicine serving in a variety of roles including Director and Associate Director of Family Practice Residency Programs in Belleville and Hinsdale, Illinois, as well as Lafayette, Louisiana. He finished his career returning to private practice in Stovall, NC. Mark was also honored to serve as a physician for the University of Louisiana at Lafayette Ragin’ Cajuns athletic teams and especially enjoyed being on the field and traveling with the football team.
He is survived by the love of his life, his wife of 40 years, Shirley Stock; son, Dr. Andrew Stock and wife, Colleen of Oxford, NC and their daughters, Molly, Katie, Ellie and Susie; and their son, Daniel Stock and wife, Deidre of Lafayette, LA, and their son, Matthew; daughter, Emily of Raleigh, NC; brother, Ralph “Dan” Stock, Jr. and wife, Dorothy, their son, Michael Stock and his wife, Cathy, their daughter, Cindy Sandburg and her husband, Scott; Sister-in-law Suzanne Stock, her son Shawn Stock and his wife, Krista, her daughter Stefanie Sheridan and her husband, Trent; Brother-in-law, Vance Nichols and his daughters, Sarah Nichols, Claire Sichko and her husband, Adam, Anne Perez and her husband, Louie; his brother-in-law John Sheppa, Jr. and his wife, Robin, their daughter Jeanette Sheppa and their son Garner Sheppa; and many other close friends and family. He is preceded in death by his father-in-law, John Sheppa, his mother-in-law Rose Sheppa, his brother, Dr. Stewart Stock and his sister-in-law Marie Nichols.
A private graveside ceremony will be held in Pataskala, Ohio. In lieu of flowers, please send donations to North Elementary School, 308 West Martin Luther King, Jr. Drive, Opelousas, Louisiana 70570.

Offer Condolence for the family of Dr. Mark William Stock 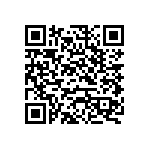