Dr. M. Thomas Wagner Jr. of Pittsboro, NC died on February 22, 2017 at Hillcrest Convalescent Center in Durham, NC at the age of 86. He was the son of Murphy Thomas Wagner, Sr. and Mamie Jordan Carden.

Thomas was born on October 20, 1930 in Durham, NC. He was a 1948 graduate of Durham High School and of UNC-Chapel Hill in 1953, where he earned his degree in Pharmacy. After graduation, he completed his pharmacy internship at Duke University Hospital.

In 1954, he received a commission to the U.S. Public Health Service as a pharmacy officer. He served at PHS Hospitals in Long Island, NY, Philadelphia, PA, and Staten Island, NY. He was selected to pursue a Master of Science degree from the University of Rochester in Radiation Biology. After receiving his Master’s degree, he became an instructor of state public health officials in the basics of Radiation Biology at the National Institutes of Health in Rockville, Maryland. His research in the early days of this field continued as he earned his PhD in Radiation Biology from Colorado State University. He then became a researcher and administrator at the PHS Laboratories in Rockville, MD and later with the National Institutes of Environmental and Health Sciences grants program at the Research Triangle Park.

After retiring in 1981, he stayed active in his community by serving as President of the Chapel Hill Flying Club, Chairman of the Board of the Chatham County Chapter of the Salvation Army, Board Member of NC Low-Level Radioactive Waste Management Authority, Mediator and Arbitrator with the Chatham County Dispute Settlement Program, and a dedicated volunteer for over 20 years at the UNC Center for Public Television.

Family will receive friends at Hall-Wynne Funeral Home in Durham, NC on Friday, March 3, 2017 from 4-6:30pm. A funeral service will be held on Saturday, March 4, 2017 at Damascus Congregational Christian Church, Chapel Hill, NC at 10:30am. Burial will proceed in the church cemetery following the service to be followed by a reception.
In lieu of flowers, the family asks that donations be made to the Damascus Church Cemetery Fund and the Chatham County Salvation Army. 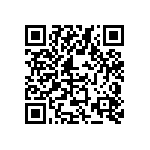