Kevin began his career with the North Carolina State Bureau of Prisons.  He then transferred to the United States Department of Justice where he served in Atlanta, GA and Butner, NC.  He also maintained a private practice serving at risk youth.

During his life Kevin was able to devote time to extensive travel, visiting over 50 countries. He was an avid tennis player and runner, and enjoyed fishing.   He also chose to dedicate time to his faith and service to the community.  He attained 4th degree knighthood and was elected Grand Knight of the Saint Matthews Knights of

Columbus,Durham NC.  Kevin’s gentle soul quietly touched so many lives and he will be missed by all who were blessed to know him.

Offer Condolence for the family of Dr. Kevin J. McBride 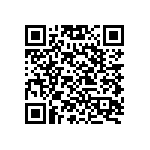