Dr. John W. Watson, Sr., age 90, departed this life on January 27, 2017. A native of Richmond, VA, Dr. Watson served as a Medical Corpsman in Guam during World War II. He left the Navy to complete college at Virginia Tech, followed by medical school at the Medical School of Virginia. After interning at Philadelphia General and another year in Richmond, Dr. Watson began medical practice in Oxford, NC, joining James and William Tarry in what became Tarry and Watson, MD PA.
From his arrival in oxford, Dr. Watson embraced the families he treated as they embraced him over 50 years of medical practice. Like other doctors of his era, Dr. Watson treated patients in the office while also manning the emergency and delivery rooms of Granville Memorial Hospital and Shaw Memorial Hospital, often making house calls. He maintained connections with Duke University Medical School and greatly enjoyed the medical students who came to his office during rotations.
Outside of medical practice, Dr. Watson stayed involved in the Oxford community. He was a founding member of the Oxford Housing Authority and its Chairman for many years. He enjoyed bird hunting and bird dogs as well as coastal fishing from Morehead City to Emerald Isle. He was a most enthusiastic Hokie supporting Virginia Tech sports through good times and bad. In all of these pursuits as well as everyday life, Dr. Watson maintained a deep appreciation and respect for others from all walks of life.
Dr. Watson was predeceased by his wife of 63 years, Robin Robins Watson. He was also his parents, Albert Darr Watson and Elizabeth Bolyn Watson; and his sisters, Martha Watson of Richmond, VA, Nancy Chandler and Jean White both of Ponte Vedra, FL.
Until Robin’s recent death, the two enjoyed a long and happy marriage with the many close friends and groups they found in Oxford.
From the marriage and surviving Dr. Watson are sons, John William Watson, Jr. and wife, Charlotte of Oxford, North Carolina, Peter Robins Watson and wife, Anita of Kinston, North Carolina; and daughter, Eloise Bolyn Watson and husband, Mark Jalkut of Raleigh, North Carolina; eight grandchildren, John Devin Blackwell Watson, Raleigh Peterson Watson, AtLee Taylor Darr Watson, Corrine Arrington Watson, Spencer Robins Watson, Chloe Elizabeth Jalkut, William Bolyn Jalkut, and Berkeley Hannon Jalkut; two great-grandchildren, Charlotte Virginia Watson and Grace Robins Watson.
By his life and work, Dr. Watson leaves a legacy of service and caring for others to his family and all who knew him.
Visitation at Gentry, Newell and Vaughan, Oxford, NC, Sunday, January 29, 2017 from 5:00 to 7:00 p.m. Funeral Services will be Monday, January 30, 2017 at 11:00 a.m. at St. Stephen’s Episcopal Church, McClanahan Street, Oxford, North Carolina with a reception immediately following in the Church Parish Hall. Interment will then follow at Elmwood Cemetery.
In lieu of flowers, contributions may be made to Granville Health System Foundation or the charity of one’s choice.
Gentry-Newell and Vaughan Funeral Home is assisting the Watson family. 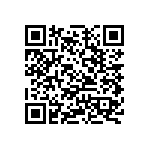