On November 15, 1918, he was born in Watts Hospital to John M. Cheek and Maude Wall Cheek. He attended Durham public schools and graduated from Wake Forest University in 1941. He was the first student to enroll in the Bowman Gray School of Medicine where he graduated in 1945.

He moved to Philadelphia, PA in 1945 to begin his internship at Episcopal Hospital and there he met his wife, Margaret Lincoln Harris. He served in the U.S. Navy from 1946 to 1951 in both Philadelphia, PA and Asheville, NC. While in Asheville, he served as Assistant Chief of Surgery at the Veteran’s Hospital. In 1951, he returned to Philadelphia to complete his residency while serving as Chief Resident in Surgery at Graduate Hospital of the University of Pennsylvania, as well as Assistant Professor of Surgery.

In 1952, he and Margaret returned to Durham where he practiced general surgery until his retirement, first at Watts and Lincoln Hospitals and then at Durham Regional Hospital. He was Chief of Staff for terms at both Watts and Durham Regional. From 1957 until 1984, he was an Assistant Professor of Surgery for Duke Medical School. He was a Director of the American Cancer Society and an active member of the Durham-Orange County Medical Society, NC State Medical Society, American Medical Association, and a fellow in the American College of Surgeons. He was published in various medical Journals.

From 1970 to 1979 he served on the Board of Trustees of Wake Forest University and was honored as an Emeritus Trustee.

A lifelong member of Watts Baptist Church, he served on the Board of Deacons, was a Sunday school teacher, and served on many committees. His love for the church of which his parents were charter members was profound.

In 1982, the Durham Jaycees and the Merchants Association selected him as Father of the Year. In his eyes, this was his life’s greatest and most humbling honor. In his family’s eyes, this was a well-deserved acknowledgement of his dedication and determination to put their welfare first, despite the arduous profession he had chosen.

The family will greet visitors at the church following the service.

In lieu of flowers, contributions can be made to the John M. Cheek, Jr. Memorial Fund at Watts Street Baptist Church.

Arrangements for the Cheek family are under the care of Hall-Wynne Funeral Service. Online condolences www.hallwynne.com, select obituaries. 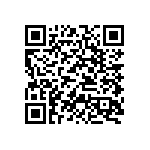