Dr. John Blackwell Hardy, Jr., 80, of Oxford, passed away early Tuesday morning August 18, 2015. Dr. Hardy was a 1957 graduate of North Carolina State University with a BS degree in Animal Husbandry. He earned his DDS degree in 1965 from the University of North Carolina at Chapel Hill School of Dentistry. He then opened his dental practice in Oxford, North Carolina and later in Durham, North Carolina. He practiced dentistry for 36 years and enjoyed serving the communities in which he loved as he practiced.
Dr. Hardy was also passionate about the military community as he served in the US Army Reserves with the 310th Medical Detachment as well as other commands in the Army Medical Services Corps. He retired as a Colonel after 32 years.
His community service was a driving force in his life. Dr. Hardy also worked with the American Red Cross and The Meals on Wheels Program of Oxford. Dr. Hardy was a recipient of the John Penn Award that is awarded by the Granville County Chamber of Commerce for outstanding community service.
However, the project that was dearest to his heart was reaching out to U.S. service members abroad by way of care packages that he organized and mailed to many service member over the past few years.
Dr. Hardy was a member of Oxford United Methodist Church for over 50 years.
Dr. Hardy is survived by his wife Carolyn Day Hardy; their daughter Eleanor Hardy Wrenn and husband Marshall of Selma, NC; their son, John Blackwell John Hardy III and wife Ellen of Franklinton, NC; a sister Susan Bridgforth Hardy of Monroe, NC; and four grandchildren, Preston Wrenn, Nathan Wrenn, Benjamin Wade Hardy, and Julia Taylor Hardy.
A memorial service will be held at Oxford United Methodist Church, 105 West McClanahan Street, Oxford, NC on Thursday, August 20, 2015 at 2 pm.
The family will receive visitors at their home located at 157 Pine Cone Drive, Oxford, NC during the day time hours prior to the service.

In lieu of flowers memorial contributions can be made to Oxford United Methodist Church, American Red Cross, The U.S.O, or the charity of your choice.
Gentry-Newell & Vaughan Funeral Home is serving Hardy family.
Condolences maybe made at www.hallwynne.com. 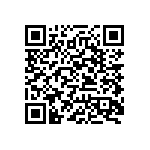