DURHAM – Dr. Jim Lowe, beloved father and grandfather of Hillsborough, North Carolina, passed from this world on Sunday, May 10, 2015.

Dr. Lowe was born on December 27, 1946 in Brunswick, Georgia to Elsie and Gordon Lowe.

He graduated from Stanford University in 1969 with a Bachelor of Arts in psychology and then from the University of California Los Angeles Medical School in 1973. He completed his surgical residency at Duke University Medical Center in 1981, specializing in cardiothoracic surgery. Dr. Lowe went on to serve on the faculty at Duke in the Departments of Surgery and Pathology as a Professor.

Dr. Lowe was an accomplished scientist and served as Director of the Surgical Electrophysiology and Cardiac Metabolism Laboratories at Duke. He was a National Institute of Health surgical scholar and an Established Investigator with the American Heart Association. He published hundreds of articles in peer review journals throughout his career.

Dr. Lowe took great pride in training young surgeons. He hosted 71 research fellows in his research labs and trained countless medical students and residents, both locally and internationally, in general and cardiothoracic surgery. Dr. Lowe earned the admiration of his patients, colleagues, and students alike.

Dr. Lowe is survived by his daughters Summer Webbink (husband Matt) of Durham, North Carolina, and Natalie Raab (husband Ant) of Atlanta, Georgia, and his four grandchildren, Jakob and Joss Webbink, and Leo and Sienna Raab. He is also survived by his sister, Barbara Russo (husband Bruce) and his nephew James Russo both of Wilmington, Delaware, and his former wife, Lori Sassone Lowe of Chapel Hill. His beloved significant other, Gail Shulby, also survives Dr. Lowe. Dr. Lowe enjoyed nothing more than a day of fishing with his grandchildren, daughters, their husbands, and Gail. He was very proud of his family.

A private memorial service will be held for the family.

Friends are cordially invited to attend a reception Wednesday from 4:00-6:00pm at the Ambassador Duke Ball Room, Washington Duke Inn.

The Lowe family is under the care of Hall-Wynne Funeral Service. Online condolences, www.hallwynne.con; select obituaries.

Offer Condolence for the family of Dr. Jim Lowe 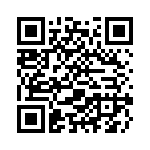