During more than 50 years practicing medicine, he was associated with Duke, Watts, Durham Regional, Lincoln, and Dorothea Dix Hospitals. At one time he served as
Chairman of the Department of Surgery at Watts, Lincoln and Dorothea Dix Hospitals.
He was instrumental in getting approval for the surgical residency program at Lincoln Hospital. For more than 50 years, he served as a surgical consultant for Blue Cross Blue Shield and was active on the local, state, and national boards of the American Cancer Society.

Through the years, he received many honors including The Silver Torch Award International, the Distinguished Service Award from the University Hospital in Chapel Hill and Durham

Offer Condolence for the family of Dr. H. Max Schiebel 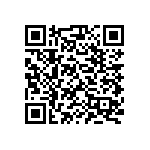