Dr. George Harry Cocolas, PhD, age 87, died Monday at Carolina Meadows following a brief illness. He was born July 9, 1929 in Flushing, NY to the late Harry George and Marian Cocolas. A Chapel Hill resident since 1952, George spent a distinguished career in Pharmaceutical Sciences. He was a graduate of the University of Connecticut School of Pharmacy in 1952, after which he pursued his PhD in Medicinal Chemistry at UNC, completing the program in 1956. He joined the faculty of UNC’s School of Pharmacy in 1958 until retirement in 1999.

For many years George was chairman of the Department of Medicinal Chemistry, Associate Dean of Student Affairs, and served as the pharmacy school’s Chairman of the Committee of Petitions and Admissions. Among his highest honors was acting as Editor of the American Journal of Pharmaceutical Education for 22 years. A devoted professor and mentor, Dr. Cocolas taught and impacted the lives of over 6000 students in the span of his academic tenure. His enduring legacy stands today through the George Cocolas Distinguished Professorship of Medicinal Chemistry Endowment Trust Fund, and the George and Erie Cocolas Student Scholarship Fund.

George Cocolas was a devoted churchman, having been an active parishioner of St. Barbara Greek Orthodox Church. He served as president and treasurer of the parish council, and as choir director for over 50 years. George was presented the St. Michael’s award for parish service by the Bishop of Atlanta.

The funeral will be 11:00 AM Friday from St. Barbara Greek Orthodox Church, with Fr. D. Stavroforos Mamaies presiding. Burial will follow in Chapel Hill Cemetery. Friends may call 6-8 PM Thursday at Hall-Wynne Funeral Service, with the Trisagion litany at 7:00 PM.

Offer Condolence for the family of Dr. George H. Cocolas 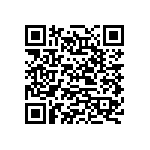