Galen S. Wagner, 76, of Durham, NC, died on Wednesday, July 13th, at Hillcrest Convalescent Center in Durham, NC following a long illness. He was born December 25, 1939 to Eugene Wagner and Ruth Culp Wagner in Pittsburgh, Pennsylvania. He is survived by his wife Marilyn Wagner. Also surviving are a son Christopher of New Bern, North Carolina, daughter Laura and granddaughter Talia of Richmond, Virginia, and a step-son Samuel, his wife Abigail and grandson Benjamin of Marshfield, Massachusetts.
Galen was a long term resident of Durham where he lived after leaving Connellsville, PA to attend Duke University. He earned his BA (1961) and MD (1965) at Duke, and was a Duke Internal Medicine resident (1965-67) and Cardiology Fellow (1967-1970). Galen continued on with a distinguished life and career as a passionate and tireless clinician-scientist and mentor, and devoted father, husband and loyal friend.
Galen became the Director of the Duke Cardiac Care unit while still a Fellow in 1968 and remained in that role until 1981. During this time he pioneered the world renowned Duke Cardiovascular Databank. He was Director of the Duke Cardiology Fellowship Program and Assistant Dean of Medical Education (1977-82). He was a founder and Co-Director of the Duke University Cooperative Cardiovascular Society (DUCCS), 1986-97 and Director 1997-98 and 2003-08. DUCCS is a consortium of current and former Duke Cardiology Fellows, researchers from other institutions, and industry sponsors. He sat on numerous committees and Boards and traveled extensively; receiving an honorary Ph.D. from Lund University in Sweden honoring the research mentoring that he did with students there.
Galen worked with Dr. Stanley Sarnoff to establish the Sarnoff Cardiovascular Research Foundation Fellowship starting in 1979 to support medical students to pursue full time research. His remarkable ability to connect researchers in different countries working on related topics has led to two invitational Research Symposia, the STAFF Symposia focused on myocardial ischemia and the MALT Symposia focused on cardiac imaging, both of which have been held every 1-2 years for the past 2 decades, bringing together physician-scientists, biomedical engineers, and researchers in industry.
Galen leaves a legacy as clinician-scientist, mentor and friend that spans many countries and numerous publications. He was an author on 701 published manuscripts, 8 books, and for the past 11 years, has been the Editor in Chief of the Journal of Electrocardiology. He has also been on the Editorial Boards of Circulation and the American Journal of Cardiology. But the professional activity perhaps most important to him has been the mentoring of young research investigators. He has mentored 36 Ph.D. students in 8 countries (Sweden, Denmark, Spain, the Netherlands, Scotland, Germany, Slovakia, and the United States) as well as hundreds of medical students, residents, and Cardiology Fellows over the past 48 years. He was instrumental in helping establish the International Research Interdisciplinary School (IRIS) that offers research programs in countries throughout the world that has been ongoing for several summers.
Galen combined passion and intensity with unusual modesty about his own accomplishments, giving credit to others’ achievements. He loved Duke, he loved medicine and he loved his family. He was universally admired as a teacher, mentor and writer. Galen wrote 46 poems to celebrate others, wrote a book about another legend in medicine, Dr. Eugene Stead, and shepherded a book about Dr. Frank Porter Graham, a legendary former President of the University of North Carolina.
Galen not only leaves a legacy in medicine, but also as a community leader in the recent revitalization of his hometown of Connellsville to its former greatness during the steel boom of the early 20th century. Over many years Galen served as a driving catalyst assisting the residents, community leaders and business owners in building the foundation and network needed for redevelopment. Galen’s countless volunteer hours and professional accomplishments contributed to his induction into the Connellsville High School Hall of Fame Class of 2010.
The visitation will be from 11AM until 1PM on Saturday, July 16 at the Doris Duke Center in the Sarah P. Duke Gardens at 420 Anderson Street, Durham, NC 27708. The burial will be private. An open memorial service is being planned for this Fall and will be announced at a later date.
Memorial contributions may be made to the philanthropic “The Galen Wagner Endowment Fund” at the following address:
Galen Wagner Endowment Fund: c/o Duke Heart Center, 710 West Main Street, Suite 200, Durham, NC 27701.
Arrangements for the Wagner family are under the care of Hall-Wynne Funeral Service in Durham. On-line memorials: www.hallwynne.com. 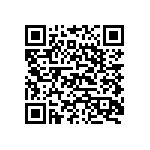