Fred Smith passed away at Croasdaile Village in Durham NC on September 1, 2018, surrounded by his loving family. He was preceded in death by his parents, Fred George Smith and Agnes Melville Smith, his wife, Lurene (Laurie) Roman Smith, to whom he was married for 56 years, and his son Richard Smith. He is survived by his children Randall Smith and Cynthia Engelhardt, their spouses, Peggy Smith and Jonathan Engelhardt, six grandchildren, a grandson-in-law and a nephew. He is also survived by his wife Barbara (Bo) Strohbehn and her children, Sharon Stanford and William Stevens.

He and Laurie were world travelers, and enjoyed many trips to South America, Europe, the Far East, and Africa. He was an avid skier, fisherman, and sailor, and a student of bonsai. In recent years, Fred and Bo have lived at Croasdaile Village in Durham NC and enjoyed summers on Crystal Lake in Enfield, NH.

A memorial service will be held on Thursday, September 6 at 10:30 a.m. at Few Chapel, 2600 Croasdaile Farm Parkway. The family will receive friends following the service.

In lieu of flowers, contributions may be made to the Benevolent Fund of Croasdaile Village c/o UMRH, 2600 Croasdaile Farm Parkway, Ste A-500, Durham NC 27705. 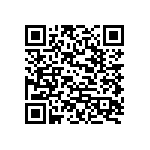