Dr. Evan Raymond Ferguson, 63, passed away at home after a long, courageous battle with Non-Hodgkin’s Lymphoma no May 24, 2007.
A native of Nebraska and Pennsylvania, he was a 1961 graduate of Hatboro-Horsham High School in Hatboro, PA. He went on to earn his BA at Lafayette College in Easton, PA, his MS at the University of Massachusetts in Amherst, and later a PhD at the University of Illinois in Champaign-Urbana. He was a post-doctoral fellow at the University of California School of Medicine in San Francisco from 1976-78, after which he joined the faculty of the University of Texas Health Science Center in Dallas, TX as a Research Assistant Professor of Medicine and Director of Cell Physiology Labs. He was also a former research scientist at Warner-Lambert Research Institute in Morris Plains, NJ. In 1982 he joined the staff of Sigma Xi, The Scientific Research Society, in New Haven, CT. The organization subsequently relocated headquarters to Research Triangle Park, NC in 1990, where Dr. Ferguson retired as Deputy Director in 2006.
In his spare time he enjoyed working outdoors and renovating old buildings on his historic 1800’s farm in Silk Hope, NC. In his younger years, he was a volunteer fireman in MA and NJ, and a youth hockey coach in IL and CA. He was a wildlife enthusiast, a fan of professional sports, a collector of Oldies music, and a lover of dogs, particularly Labrador Retrievers.
Dr. Ferguson is survived by his wife of 44 years, Carol A. Ferguson; son, Scott T. Ferguson and wife Anne of Brooklyn, NY; daughter Kim F. Budde and husband Lauren of Wilmington, NC; grandsons Tibeau and Odin Ferguson of Brooklyn, NY; his father, Leonard C. Ferguson of Burlington, NC; brother, L. Curt Ferguson and wife Gail of McLeansville, NC; sister, Candace S. Ferguson of Malvern, PA; sister, Patti A. Tibbitt and husband Jamie of Ridgely, MD; his mother-in-law, Caroline F. Garrahan and husband John, of Marmora, NJ; sister-in-law, Jane M. Whiting and nephew, Gabriel Whiting of Mays Landing, NJ; and his two beloved Labradors, Rocko and Mille.
Dr. Ferguson was predeceased by his mother, Reva H. Ferguson. He left behind a loving family, friends, and colleagues who will miss him enormously.
Donations may be made in his memory to the Lymphoma Research Foundation, 111 Broadway – 19th Floor, NY, NY, 10006; or, to the "Evan Ferguson Grant-in-Aid of Research Fund" at Sigma Xi, by contacting the director of development at 800 243-6534, or development@sigmaxi.org.
A service to celebrate the life of Dr. Evan Ferguson will be held at 4:00 pm, Saturday, June 30, 2007 at his farm located at 815 Harold Hackney Road, Siler City, NC.
Arrangements for Dr. Ferguson are under the care of Griffin Funeral Service and Cremation, 396 West Street, Pittsboro, NC 27312. 919 542-3057.

Offer Condolence for the family of Dr. Evan Raymond Ferguson 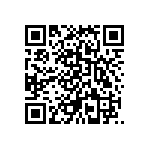