David was born in Bucks County, PA to Florence and David Kuhn, Sr. In addition to his parents, David was preceded in death by his brother Joseph, sisters Eleanor and Joan, and son Mark Kuhn.

A lifelong scientist and educator at the college level, David received a B.S. degree from Villanova University, an M.A. from Temple University, and an M.S and a Ph.D. from Purdue University.

David was a dedicated member of Immaculate Conception Catholic Church.

The family wishes to thank the staff of Brookdale Durham for the excellent care David has received over the past five years, and for helpfulness to the family.

A Mass of Christian will be offered 11:00AM Friday, January 5, 2017 from Immaculate Conception Catholic Church.

The Kuhn Family is under the care of Hall-Wynne Funeral Service. 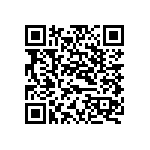