After graduating high school in Binghamton New York he enlisted in the Air Force and was assigned to the Defense Language Institute in Monterey California. It was there that he received an appointment to the Air Force Academy in Colorado Springs. His education continued at the University of Nevada, Las Vegas where he earned a Bachelors of Sociology and Biology, a Masters in Clinical and Community Psychology from Pepperdine University, and later he earned his PhD in psychology from the University of Georgia.

The family will receive friends from 6:00- 8:00 PM Thursday, May 26th at Hall-Wynne Funeral Service.

A Memorial Service will be held at 2:00 PM on Sunday, May 29, 2016 at Westminster Presbyterian Church in Durham, NC.

In lieu of flowers, monetary donations can be made to the “Brian Edward Nicoll Revocable Trust” 2308 Honeysuckle Rd. Chapel Hill, NC 27514, in support of the children’s education.

Arrangements for the Nicoll family are under the care of Hall-Wynne Funeral Service.

Offer Condolence for the family of Dr. Brian Edward Nicoll 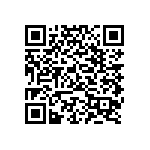