Dr. Boka W. Hadzija, Professor Emeritus at the UNC School of Pharmacy, passed away unexpectedly on June 8, 2013 in Chapel Hill. She was born in Croatia and received her bachelor’s, master’s, and doctorate degrees from the University of Zagreb.
Boka came to the University of North Carolina, Chapel Hill, in 1971 as an Instructor. Retiring in 2009 as Full Professor after 38 years of teaching at UNC, She was admired across campus as an award-winning teacher and mentor. A woman of tremendous strength and character, she exemplified excellence in scholarship and leadership.
Boka’s deep commitment to serving her students was reflected in her earning 39 awards for teaching excellence. In addition, she also earned the C. Knox Massey Distinguished Service Award and was a three-time recipient of the Tanner Award.
In 2000, The Boka W. Hadzija Award for Distinguished University Service was established, which yearly recognizes a UNC-Chapel Hill graduate or professional student exhibiting outstanding character, scholarship, leadership and service to the University.
Boka is survived by her daughters, Renata and Branka, their husbands, Peter and Sid and her grandchildren, Emma and Andrew, all living in England; and her sister Vlasta and nieces in France. She also leaves behind her beloved students, friends and colleagues, who were so dear to her.
A Mass of Christian Burial will be celebrated at 11:00 a.m. Saturday, June 22, 2013, at UNC Newman Student Center Parish, 218 Pittsboro St., Chapel Hill, NC 27516. Flowers or donations in Dr. Hadzija’s memory can be made to The Dr. Boka W. Hadzija Award, c/o The Graduate School, 214 Bynum Hall, CB 4010, Chapel Hill, NC 27599-4010 Attn. Faye Lewis .
The family has entrusted funeral arrangements to Hall-Wynne Funeral Service, Durham. Share your condolences at www.hallwynne.com.

Offer Condolence for the family of Dr. Boka W. Hadzija 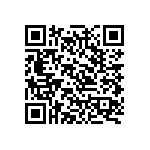