Dr. Benjamin Ward, professor of philosophy, Arabic, and German Studies, passed away this weekend. He had been battling cancer for the past four years.

Raised in Montgomery, Alabama, Ward grew up during the height of the Civil Rights Movement. From 1973-1980, he taught philosophy and served as Dean of Berkeley College at Yale University, his alma mater. He departed New Haven for Durham in the fall of 1980, arriving on Duke’s campus as an Associate Professor and Assistant Dean for Resident Life, a position through which he spearheaded the faculty-in-residence program. In all thirty-four of his years at Duke, he lived on campus, initially in Trent Residence Hall and later in Edens.

Ward is fondly remembered for his impact with students. He was a faculty mentor to several varsity athletic teams including Track & Field, Cross Country, Men’s Soccer, Baseball, and Wrestling. Until the realignment of residential groups in 2012, he served as the faculty-in-residence for the Arts Theme House since the group’s founding. This past year, he played an instrumental role in helping the Black Men’s Union become a recognized student group.

When Ward arrived at Duke in 1980, a group of students asked him to be the faculty advisor to their year-old a cappella group, the Pitchforks. By the end of 1981, he had become a full-fledged member of the group, leading them as Music Director, a position he held for four years before handing down the pitch pipe to undergraduates. Every year since, Ward sang with the group, forging lasting friendships with many of its 200 alumni. The Pitchforks’ Gothic Christmas Concert, held annually before winter exams in the Gothic Reading Room, has become a Duke tradition, and for more than thirty years Ward directed the performance.

Music was an important part of Benjamin Ward’s life. As he frequently said, it was “the one thing I could not live without.” A concert pianist, he was invited throughout his life to perform classical concerts around the world. His living room contained two grand pianos and a massive collection of CDs. The great classical composers were his idols, and he spoke of them like dear friends. Very often students would spend an evening in Ward’s apartment, talking for hours on end about music and philosophy and, if they were lucky, listening to him play the piano.

Ward was a community man, serving on the board of visitors for the Governor’s School of North Carolina and the North Carolina School for the Arts, both in Winston-Salem. He was a diehard fan of the Durham Bulls, attending the majority of Bulls’ games over the past fifteen years. He shared friendships with many of the ballpark staff members and every year would “adopt” a new Bulls’ player, taking the young man under his wing and offering both friendship and mentorship. His adoptees include Randy Winn, Carl Crawford, Desmond Jennings, and most recently star prospect Tim Beckham.

But perhaps most dear to Ward was his volunteer work in the Durham community. In 1997, Duke honored him with its Humanitarian Service Award for his work with the House of Positive Endings. He received the Duke Employee Community Service Award in 2008 for his dedicated service to Urban Ministries of Durham, a shelter where he spent about ten hours every week cooking meals for the homeless.

Benjamin Ward leaves behind a vibrant legacy marked by human connection. A true intellectual, he wore his curiosity on his sleeve. The point of learning is not about arriving at the right answers, he would often tell his students; it is about asking the right questions. He treated everyone with kindness and, even when his health began to erode, always found a way to light up a room. He is sorely missed but held dearly in memory by all those he touched.

Ward was interred at a simple service in Maplewood Cemetery, just south of Duke’s West Campus, on December 16. The Duke community will celebrate his life with a Service of Remembrance on Saturday, January 18, 2014 at 3 pm in the Duke Chapel. Immediately following the service is a Reception of Remembrance at Penn Pavilion. Both events are on Duke’s West Campus and open to the public.

In lieu of flowers, contributions can be made to the Benjamin F. Ward Endowment for the Arts at Duke University. Visit www.benwardtribute.com to make a donation or share a written tribute.

Offer Condolence for the family of Dr. Benjamin Ward 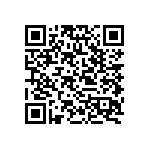