Dr. Stan Colvin married Dorothy Wilkerson on October 23, 1951. During the early years of their marriage, Dr. Colvin and Dorothy traveled extensively to many European Countries.

He entered a private veterinary practice in 1953 and continued to operate Colvin Veterinary Hospital until 1992. In early years when agriculture was prominent in Durham County, Dr. Colvin spent much of his time treating cattle, horses and other livestock. As urbanization increased, the practice became primarily small animals such as dogs and cats.

Dr. Colvin was involved in many community activities. He has been a member of the Durham Lions Club since 1949, where he served as President and Secretary.
He was an active member of Trinity Avenue Presbyterian Church, had served as an Elder and a Deacon, and was a member of the George Watts Bible Class.

Dr. Colvin was a Life Member of the North Carolina Veterinary Association and the American Veterinary Medical Association. In 1992, Dr. Colvin and Dorothy retired to their farm in Orange County, which was very close to their hearts. Dorothy Wilkerson Colvin, his wife of 53 years, predeceased him in December of
2004.

Surviving are his step-son and wife, Graham and Priscilla Atkins of Henderson; a step- granddaughter and husband, Jane and Richard Bowen of Mebane; two step-great-grandchildren, Jack and Ashley Metcalf and several nieces and nephews.

The family will greet friends after the Memorial Service at the church.

Flowers are acceptable or memorials may be made to the Daniel Carr Library, Trinity Avenue Presbyterian Church, 927 Trinity Avenue, Durham, NC 27701.

Offer Condolence for the family of Dr. A. Stanton Colvin 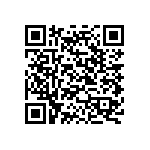