Douglas Stanley Culver, Sr., 91, passed away July 16, 2016, at Duke Hospice in Durham, North Carolina. Born in Monroe, Louisiana, he was orphaned early in life and raised by relatives in Illinois, where he lived and worked until retirement. Retirement took him to Arkansas and North Carolina, where he lived independently until hospitalized the last two weeks of his life.
He was preceded in death by his wife, LaVerna “Kay” (Miles) Culver, and son, Brian Culver. His is survived by two sons, Douglas Culver Jr. (Judith) of North Carolina, Bruce Culver (LaKia) of Arizona; two grandsons, Rick Culver (Sharon) of Illinois; Bryan Culver (Lisa) of Illinois; one great-grandson, Jeremy Culver and a number of step “grands and greats”; cousins in Illinois and England; and friends across the US and as far as Australia.
Services will be held Thursday, July 21, 2016, at 7 p.m. at Umstead Park United Church of Christ, 8208 Brownleigh Dr., Raleigh, NC. The family requests memorial contributions be made to the Alzheimer’s Association, www.alz.org.


Offer Condolence for the family of Douglas S. Culver, Sr. 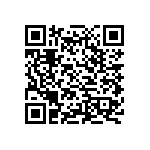