Dorothy Wagner Farrell, 90, of Pittsboro, died May 25, 2013 in her home following a long period of declining health.

Mrs. Farrell was born September 6, 1922 in Wake County, the daughter of William Wilson Wagner and Ethel L. Jenks Wagner. She worked for twenty years as a medical secretary at Mathiesen Clinic in Pittsboro, and had also worked as a bookkeeper for Tar Heel Drug Company. She was a member of Pittsboro United Methodist Church.

Mrs. Farrell is survived by her sons, Bill Farrell of Apex, John Farrell of Sanford and Mike Farrell of Beaufort, SC; daughters, Sadie McLaurin of Bear Creek, and Ethel Farrell of Fuquay; sixteen grandchildren; eleven great-grandchildren; and two nephews. In addition to her parents, she was preceded in death by her husband, William Norris Farrell, Sr.

The service to celebrate the life of Mrs. Dorothy Wagner Farrell will be held at 3 o’clock, Tuesday afternoon, May 28, 2013 from Hanks Chapel United Church of Christ, with Pastors Bob Wachs, Ray Gooch, and Ben Alexander presiding. Interment will follow in the church cemetery.

Friends may visit with the family prior to the service from 2:00 – 2:45 pm Tuesday at the church, or at other times at Mrs. Farrell’s residence on Thompson Street in Pittsboro.

Online condolences may be left at www.hallwynne. com, select “Obits”.

Memorials may be directed to either the Hanks Chapel Church Piano/Organ Fund, PO Box 366, Pittsboro or to the charity of one’s choice.

Offer Condolence for the family of Dorothy Wagner Farrell 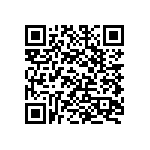