On June 12, 2018, we mourned the loss of Dorothy Pockrus, beloved mother and friend. She died early in the morning, succumbing to a fight with breast cancer in which she had shown bravery and resilience for years. She met the many challenges of life and of old age with humor and resolve right to her last breath. A woman known for her generosity, wry wit, as well as her love of food, poetry, and birds, she led a full life and is survived by three successful daughters – Camille, Cherie, and Jean.

Born in Plum Bayou Township, Arkansas in 1942, Dorothy grew up in a farm family, one of seven siblings raised on a steady diet of beans and potatoes. She described herself as a sharecropper’s daughter and recalled working in the fields with her brothers and sisters protected from the sun in handmade bonnets sewn by their mother. After high school, she moved to Little Rock to begin her career as a secretary at Arkansas Electric at 17 years old. She later worked for the Veteran’s Administration Hospital, an academic institution, and several other organizations as a secretary. She would fondly remember these days, especially times when the entomologist she worked for would bring specimens to her desk to ask what she thought of them, from boll weevils to various pet spiders. In the 1960s, with love in the air, she married an Air Force serviceman. Their relationship led to an adventure living and working in Alaska, a move back to Arkansas, and to the birth of her daughters Camille and Cherie. Having later divorced in the 1970s, she lived and worked in Little Rock, where her daughter Jean was born in 1986.

Dorothy eventually moved to Middletown, Connecticut then to Pittsboro, North Carolina to live near Jean and Matt Valades, whom she warmly referred to as her “made-to-order son-in-law.” These were times of close connection. They were her golden years, with her hair dyed the perfect shade of Light Ash Blonde, naturally. Her love of nature, jaunts to the Southern Appalachian mountains, and a major appreciation for goji berries (“aka wolfberry”) helped make her a genuine little old country hippie lady to the very end. A fan of rock’n’roll and a devotee of Elton John, Dorothy always seemed to have a lyric or saying at the top of her mind and ready to share. “Nothing lasts forever but the earth and sky,” as she reflected the night before she died. After her death, she received a green burial at Pine Forest Memorial Gardens in Wake Forest, North Carolina attended by family and friends. She is and will always be deeply missed.

Offer Condolence for the family of Dorothy Pockrus 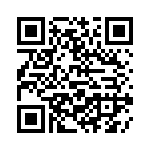