Mrs. Dorothy Morrison Schoenhut, 84, resident of the Forest of Duke Retirement Center, died December 31, 2005. A native of Rockbridge County, Virginia, she was the daughter of the late John Hull Morrison and Mamie Lam Morrison. Mrs. Schoenhut was married to the late Harry E. Schoenhut, Jr. Mrs. Schoenhut lived in Lexington, Virginia and she was secretary to the Dean of Students at Washington Lee University, prior to moving to Henderson, NC.
Mrs. Schoenhut was a member of Trinity Avenue Presbyterian Church.

In lieu of flowers, memorials in Mrs. Schoenhut

Offer Condolence for the family of Dorothy Morrison Schoenhut 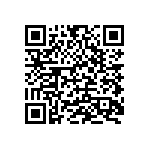