Mrs. Parham was born to the late William and Florence McDonald, Sr, in Granville County, NC where she remained a lifetime resident. She was also a member of Victory Baptist Church in Durham for many years.

She is preceded in death by her husband Robert C. Parham, four brothers, and two sisters.

Mrs. Parham is survived by two sons, Roger and his wife Robin Propst and Wayne Propst, all of Mt Juliet, TN; four sisters, Jean Evans of Creedmoor, Patsy Owen of Oxford, Cathy Autrey of Oxford, and Joyce Blue of Stem; three grandchildren, Heather and her husband David Conklan, Pamela Propst, and Elizabeth Propst, all of TN; and two great-grandchildren, Christian and Sydney Conklan.

A funeral service will be held at 2 pm on Saturday in the chapel of the funeral home.

Offer Condolence for the family of Dorothy McDonald Parham 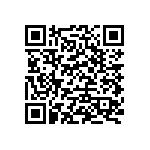