CHAPEL HILL -Dorothy Marie Tobin, 83, of Chapel Hill, formerly of Blue Bell, Pennsylvania, passed away on December 1, 2015 after a long battle with Alzheimer’s.
Dorothy was born in Manhattan, New York on April 14, 1932 to William and Helen Toth. She graduated from Hunter College in 1955 and earned her Master’s Degree in Music Education from Columbia University in 1957. Dorothy was a classical violinist and music teacher who taught hundreds of public school children and young adults in Wisshickon, Pennsylvania, Cherry Hill and Willingboro, New Jersey, Weston Massachusetts and New York City. She also played violin in chambers music, quartets and with the Philadelphia Orchestra Society. She enjoyed traveling and spent many happy summers with friends and family on Cape Cod, Massachusetts.

Dorothy is survived by her son, William Leo Tobin and his wife Aggie of Chapel Hill, his sister, Rita O’Brien of Atlanta, and many nieces and nephews.
She is preceded in death by her parents, her husband, James Leo Tobin, her son, James David Tobin, and her brother, William Joseph Toth.
Memorial donations may be made to the Alzheimer’s Association.
The family wishes to extend their gratitude to the staff at Seasons of Southpoint, who took such good care of her for the past three years.
Arrangements are under the care of Hall-Wynne Funeral Service. Online condolences www.hallwynne.com

Offer Condolence for the family of Dorothy Marie Tobin 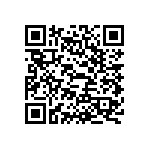