Dorothy Hunt Creech, age 95, of Brighton Gardens Assisted Living of Raleigh, formerly of Oxford, died Friday, July 30, 2010. Born in Granville County, she was the daughter of the late Ernest Cleveland Hunt and Virgie Pendleton Hunt and spent her childhood in Henderson, NC.
She was the widow of Leonard Ralph Creech, pharmacist at Williams Drug Store in Oxford; where she worked as bookkeeper for many years. She was a member of Oxford United Methodist Church in Oxford and was a member of the Order of the Eastern Star. She was active in her church and community, where she was known as Mama Dot to her friends and family. Mrs. Creech was a Boy Scout leader for many years and later a Girl Scout leader.
Funeral services will be held at 2:00 P.M. on Tuesday, August 3, 2010 at Gentry, Newell & Vaughan Funeral Chapel in Oxford by Rev. Cam Ford. Burial will follow in Elmwood Cemetery. The family will receive friends Monday, August 2, 2010 from 7:00 until 8:30 P.M. at the funeral home and at other times at the home of Leonard and Trish Creech.
Surviving are three sons, Leonard Trish, Charles Rosemary, of Oxford, William Miriam of Alpharetta, Ga.; one daughter, Carolyn Creech West Ed of Cary; 10 grandchildren, Cammie McCracken Mike of Evans, Ga., Eddie West Donna of Cary, Mike Creech Amy of Charlotte, Pam Siffert Jeff of Chesterfield, Virginia, Katie Yarbrough Kyle of Sylva, Hunt Creech of Oxford, Ben Creech of Houston, Texas, Bobby Creech, Andy Creech, both of Alpharetta, GA and Matthew Creech of Hickory. Also, 15 great-grandchildren; eight sisters, Katherine Edwards, Margaret Williams, Ann Hunt, all of Henderson, Christine Travitz of Marietta, GA, Janie Clark of Greenville, Virginia Hones, of Los Alamos, NM; two brothers, E.C. Hunt, Jr. of Charlotte and William Hunt of Hampton, VA. Two sisters Mildred Eyer and Agness Hunt preceded her in death.
The family would like to thank the staff and friends at Brighton Gardens Assisted Living in Raleigh for all their special care and love for the past seven years.
Gentry-Newell & Vaughan Funeral Home of Oxford is assisting the Creech family. For online condolences go to www.gnvfh.com and select obituaries.
In lieu of flowers, the family request that memorial gifts be made to Oxford United Methodist Church, PO Box 757, Oxford, NC 27565 or Hospice of Wake County, 250 Hospice Circle, Raleigh, NC 27607.

Offer Condolence for the family of Dorothy Hunt Creech 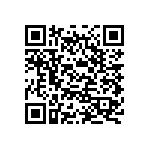