Dot went home to be with the Lord on August 30th after a period of declining health at the age of 79.
She was born on March 31, 1938 to James Noah Allen and Keturah Windham Allen in Pitt County, NC. They preceded her in death, her father in 1954 and her mother in 2000, her husband Thomas “Tom” Rigsbee in 2008, as well as her older sister, Sylvia Allen Fisher in 2005.
Dot retired from General Telephone Company in Durham after 25 years of service. After retirement, she worked in temporary jobs including the “SEEP Program” at EPA and most recently at Triangle Orthopedics as a medical records clerk. She was a member of Liberty Baptist Church, the Ladies Bible Class and the Trail Blazers.
Surviving are her sisters; Christine Allen Taylor (d. Tull) of Farmville, NC and Linda Allen Skarzynski (Chris) of Lewisville, NC; her daughter Tommi Rigsbee Teasley and a daughter not by birth but by love Marty Rigsbee of Oxford, NC., grandchildren; Julia Keturah Teasley of Durham, Kevin Briggs of Dallas TX, and Kyle Roberson of Maryland, and Melissa J. Matties of Charlotte, NC; great-granddaughter Everly Matties of Charlotte, NC and many special nephews and nieces.
Funeral services for Dot will be held on Thursday, September 7, 2017 at 11 am at Hall-Wynne Funeral Chapel with the Rev. Derek Ketner of Liberty Baptist Church of Durham and the Rev. Ed Denton of Durham Memorial Baptist officiating. A visitation for family and friends will be held on Wednesday, September 6, 2017 from 6:30-8:30 pm at Hall-Wynne Funeral Service. Burial will follow after the funeral service at Oak Grove Memorial Gardens in Durham, NC.
Dot personally expressed in writing her gratitude for the prayers, encouragement, care, and concerns that have been given to her and her family during this journey from family, neighbors, friends, brothers and sisters in Christ, and her doctors…thank you. “Victory in Jesus!”
The Rigsbee family is under the care of Hall-Wynne Funeral Service. Online condolences: www.hallwynne.com, select obituaries.

Offer Condolence for the family of Dorothy “Dot” Allen Rigsbee 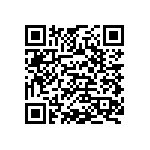