Dottie was born on February 20, 1934 to Stark Spotswood and Alice Walker Dillard. She was one of 3 children and is survived by her adopted brother David Paige Dillard. Dottie spent her childhood years in Greensboro, where in 1926 her father founded Dillard Paper Company. She loved living on her parents’ farm and was an avid equestrian. Later, she attended Marjorie Webster Junior College in Washington, D.C.

On April 19, 1958 she married the love of her life, William L. Burns, Jr. They were married for 53 years until his death in 2011. Dottie loved her family, her church, her friends, her dogs, and horses. She distinguished herself by her green thumb and her love of animals. She quipped that she could throw a stick in the ground and roses would grow. She co-founded the Durham Animal Protection Society, was a longtime member of The Junior League of Durham and served as a trustee for the North Carolina State Veterinary School. She was as a Proverbs 31 wife, supporting her husband who was President and CEO of Central Carolina Bank. Always a true lady who was fun loving and kind to everyone. She was adored by her husband and family.

In lieu of flowers, a memorial contribution can be made in her name to: The Forest at Duke, 2701 Pickett Road, Durham, NC 27705.

Offer Condolence for the family of Dorothy Dillard Burns 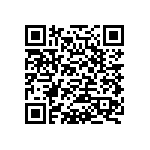