Our much beloved Mom, Grammie, and Great Grammie left us on July 24, 2016 to join her late husband of 68 years, Frederick B. (Ted) Gervais. He is tipping his hat, extending his hand, and escorting her into the loving arms of our heavenly Father. Her grandson, Jordan, is excited to show her “just everything.” They have been patiently waiting for her.

Doris (Dobby) Woods Gervais was born August 4, 1923 in Indianapolis, Indiana to Clara and Charles Woods. She graduated from Briarcliff College in 1942 and two years later married Ted in the Cadet Chapel at West Point following his graduation. Through the years, they became proud parents of five children. Ted’s military career moved them all over the world to include England, Germany and Guam. They retired in 1973 to Santa Maria, California. In 1993, they moved to Carrboro, NC, and then made their final home in Croasdaile Village.

Besides being an amazing mom, Dobby always made time to volunteer and was always an active leader with every group. She worked with the Girl Scouts, Boy Scouts, Red Cross, schools, officer wives groups, and other military volunteer organizations. She was twice president of the Minerva Club in Santa Maria, CA. Minerva is the 2nd oldest ladies literary club west of Rockies. She was an active member of the P.E.O. Sisterhood where she served as President of Chapter SY in Santa Maria and again twice as President for Chapter L in Chapel Hill. She volunteered in health care facilities to include: Marion Medical Center, Santa Maria, where she was a charter member and president of the volunteer auxiliary organization; UNC hospital; and the Pavilion Health Center at Croasdaile Village. In Chapel Hill, she organized and for many years lead the Chapel Hill Officer Wives (CHOW) organization.

She was “Mom” to David and Margaret Gervais, Conover, NC; Rik and Bobbie Gervais, Fearrington Village, NC; Cyndi and Gregg Ebert, Arlington, SD; Bill Gervais, Hillsborough, NC; and John Gervais, Gastonia, NC. She was “Grammie” to 12 grandchildren and “Great Grammie” to 19 great grandchildren. Her family and her friends will always remember her elegance and her grace. Mom, you will always be loved and forever cherished in our hearts.

Funeral arrangements have been placed in the care of Hall-Wynn Funeral Services, Durham, NC. Her memorial service will be held Saturday, July 30, at 1:00pm at Few Chapel, Croasdaile Village, 2600 Croasdaile Farm Parkway, Durham, NC 27705. In lieu of flowers, the family would appreciate donations in her name to the Pediatric Oncology Fund, % UNC Lineberger Cancer Center, Campus Box 7295, Chapel Hill, NC 27599.

Offer Condolence for the family of Doris Woods Gervais 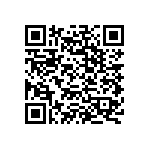