Mrs. Lemons was born in Chatham County on August 5, 1926, the daughter of Normie Thrailkill and Elsie Seymour Thrailkill. A homemaker and caregiver most of her life, Mrs. Lemons worked as a teacher’s assistant for a time at Pittsboro Elementary School. She was a member of Pittsboro United Methodist Church, where she served as flower coordinator, on the hospitality committee and also worked on the PUMC Bazaar for years.

Mrs. Lemons is survived by her daughter and son-in-law, Resa and Steve Webster of Pittsboro; son and daughter-in-law, Brent and Nikki Lemons of Raleigh; grandchildren, Whitney Ellis and husband Martin, Kyle Lemons, Carrie Webster and Jessica Lemons; and also by a sister, Marie Smith of Colonial Heights, VA. Mrs. Lemons was preceded in death by her parents; her husband, Wade; and a brother.

The service to celebrate the life of Mrs. Doris Lemons will be held at 11 o’clock Friday morning, December 28, 2012 at Pittsboro United Methodist Church, with Pastors Ben Alexander and Ray Gooch presiding. Interment will follow in the church cemetery. Friends may visit with the family on Thursday evening from 6:00 – 7:30 pm at Hall – Wynne Funeral Home in Pittsboro.

Online condolences may be left at www.hallwynne.com, select “Obits” then “Current Services”.

Arrangements for Mrs. Lemons are under the care of Hall – Wynne Funeral Service and Cremation of Pittsboro.

Offer Condolence for the family of Doris Thrailkill Lemons 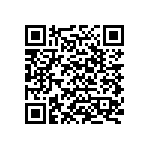