She was born on July 7, 1924 to the late Reece and Ruth Belk. She graduated from Union County High School and later Kings Business College in Charlotte. She retired as the secretary of the U.S. Army Research Office in Durham.

Doris was an active member of the Durham 566 Chapter of the National Association of Active and Retired Federal Employees, where she served as 2nd Vice President as well as Public Relations Officer. Doris was a member of St. Paul’s Lutheran Church for 75 years. She held many positions to include the historian/archivist which resulted in her writing two books on the history of the church.

Doris was awarded “The Bartlett Durham Award” from the Durham County Historic Preservation in 1987. From 1978-1985 she was the organizer and coordinator of the canvas/survey of the counties old cemeteries. The committee found 11,000 graves in 250 church and family cemeteries.

A private burial will be held at Oak Grove Memorial Gardens.

Offer Condolence for the family of Doris Ruth Belk Tilley 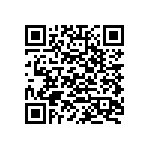