Doris Marie Browning Wilson of Pittsboro, NC went home to be with her Heavenly Father on Dec. 15, 2008. She was born June 22, 1926 to the late John Porter and Adele Montgomery Browning in McLeansville, NC. She is survived by her loving and dedicated husband of 61 years Merritt Young Wilson, Jr. During their 61 year marriage they had 3 children: Johnny Wilson & wife Brenda of Pittsboro, Maycie Wilson Lloyd & husband Lynn of Graham, and Tonya Wilson Thompson & husband Lee of Pittsboro.

Doris graduated from Atlantic Christian College in 1957 with a degree in Elementary Education. She retired in 1986 after 28 years of teaching. She taught second grade at Pittsboro Primary School and third grade at Bonlee School in Chatham County. While living in Graham, NC she taught at South Graham Elementary and earlier in Greene County at Snow Hill Primary. She was an active member of the teacher sorority Alpha Delta Kappa as well.

When Doris was blessed with her first grandchild and only granddaughter she was given the name “Mama Dot”. The name stuck and her friends, family and even her students fondly knew her as “Mama Dot”. She loved cooking for her family and friends and everyone was always welcome. She liked to plan her menus starting with dessert.

“Mama Dot” brought joy to many people. On her last weekend here on earth she did what she loved to do best. She went shopping for Christmas with daughter Maycie, had all 3 children and families at her house, talked to friends on the phone, went to church, heard her son Johnny sing, and had lunch with her family. She passed away peacefully with her family surrounding her. Her family feels so blessed to have had her in their lives.

Visitation will be on Thursday, Dec. 18 from 6 – 8pm at Griffin Funeral Home, 396 West Street Highway 64 Business in Pittsboro, NC. Funeral service will be at Pittsboro United Methodist Church, 71 West Street Highway 64 Business on Friday, Dec. 19th at 1:00PM. A burial service will follow the funeral at 4:00PM at Bethel Presbyterian Church in McLeansville, NC.

In lieu of flowers memorials may be made to the Merritt & Dot Wilson Educational Scholarship Fund. The family would like to keep their memory alive and in keeping with their life long love of education with a perpetual scholarship for a local high school student. Memorials may be sent to: Wilson Scholarship Fund, C/O Maycie Lloyd, 535 Moores Chapel Cem. RD., Graham, NC 27253; or to one of her churches.

Offer Condolence for the family of Doris Browning Wilson 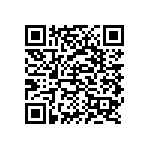