Dora Jane Nissen Mann, age 78, died December 16, 2008, at her home in Fearrington Village with her children and husband by her side. Dorie was the proud mother of four who will miss her love, yet know she has earned her rest following a long and inspirational struggle against pancreatic cancer. She was preceded in death by her husband of 52 years, Wallace V. Mann, Jr., but was fortunate to have found the second love of her life in her husband John Custer who survives her. Surviving family members include her daughter, Lisa Geddis and husband, Walter, and their two grown children Ben and Sarah of Charlottesville, Virginia; her oldest son, Chris and his wife Paulette, also of Charlottesville; her sons Karl of Hillsborough and Keith of Wilmington; her younger sister Joanna Aben and her husband, Charles, and their two sons, Erik Krikorian and Marc, of Birmingham, Alabama; two nephews, Kyle Mann and his wife Judy of Durham, New Hampshire, and Kern Mann and his wife Rhonda of Berwick, Maine.

Dora was born on August 31, 1930 to Jane Stowby and Henry W. Nissen. Her father was a world renowned primate physiologist at Yale and director of the Orange Park Florida Primate Research facility, which would later become the Yerkes Primate Center. Pictures of Dorie as a young girl show her playing house with two young chimpanzees. At the age of thirteen she entered Cushing Academy in Massachusetts as a boarding student, and throughout her life she said that Cushing was her salvation. There she met a young man who, like herself, was from a broken home and at the age of fourteen they started dating. Eventually they would marry and spend half a century in love. There, too, she met Holly, Beth , Syb, and Joan-friends with whom she attended many Cushing reunions and kept in close touch throughout her life. She received her Nursing Degree from The Memorial Hospital in Worchester, and later worked at Saint Vincent’s Hospital in Birmingham while Wally was a dental professor there. Later, as he rose in the academic ranks at the School of Dentistry at the University of Alabama , Dorie developed a passion for gourmet cooking and her dinner parties became legendary. A knitter since her teenage years, Dorie later opened a knitting shop in Jackson, Mississippi, and there was never a Christmas when at least one of her children didn’t get a new sweater or scarf–proof of whom Mom loved best, each would declare.

When first diagnosed with cancer, she was given only a few months to live. She ignored the prognosis, however, and took over a year and a half. She met the disease on her own terms, never succumbing to self pity or despair. As a woman who never weighed more than one hundred pounds most of her life she was a formidable foe against the cancer. Between the regimens of chemotherapy she took time out to travel extensively in Europe with John–not once, but four times. How lucky she was to find a man with an open heart, a ready laugh like herself, and an ppreciation for fine food and drink. John’s patience and tender ways throughout her illness are the marks of a true gentleman.

It’s been said that you can never give your mother as much as she gave you, yet among the many lessons she taught her children is what you can give to others. Each of her children in his or her own way is leading a life of caring, compassion, and service to others. Another legacy she leaves behind is her love of fine food. As her children were growing up she always told them that they had to try at least one bite, for “taste buds do change, you know”. The truth of so many things mothers say especially to teenagers isn’t apparent right away, but she was right. All of her children share her epicurean talent and taste.

Dorie was a woman of grace and manners who loved to laugh and was always impeccably dressed. She had a circle of friends that stretched all across the country. She especially wanted to thank and send her love to her NIA exercise group for their support, Rex and Rosalie Tucker, and Pat Dworak. For the wonderful care Hannah Sanoff provided, Dorie and her family are most appreciative.

Burial will be at the Hebron Lutheran Church in Madison, VA. In a few weeks there will be a memorial service to celebrate her life at The Gathering Place in Fearrington Village. Please contact her home for details. In lieu of flowers, contributions can be made to the Wallace Vernon Mann and Dora Nissen Mann Scholarship Fund at Cushing Academy at 39 School Street, P.O. Box 8000, Ashburnham, MA. 01430.

Griffin Funeral Service in Pittsboro, NC, is assisting the family with arrangements. Online condolences may be made at www.griffinfuneral.com Select obituaries.

Offer Condolence for the family of Dora Nissen Mann 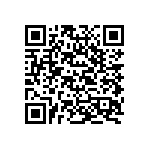