Donald Wallace Sparrow, Sr., age 84 of 721 Hillsborough Street died Thursday, July 14, 2011, at his home. He was born, raised and lived his entire life in Chapel Hill, and was the son of the late Fred Albert and Sally Smith Sparrow.

Don was the greatest of all Tar Heel fans and loved watching any UNC sporting event. He was the owner and partner of Don’s Masonry for more than 35 years and over a 60-year career, built many homes and commercial buildings in the Durham-Chapel Hill area. He served his country in the Army Air Corps from 1946-1949.

Funeral services will be conducted July 17, 2011, at 3 PM, at Amity United Methodist Church. Following the service, burial will be in the Westwood Cemetery in Carrboro. The family will receive friends from 6-8:00 PM, on Saturday, July 16, 2011, at the church.

Flowers will be accepted or memorial contributions may be made to Duke Hospice, 4321 Medical Park Dr., Suite 101, Durham, NC 27704. Online memorials can be submitted at www.hallwynne.com, select obituaries. Arrangements are under the care of Hall-Wynne of Pittsboro.

Offer Condolence for the family of Donald Wallace Sparrow, Sr. 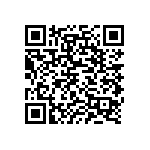