Donald was a kind and loving father to his two daughters. He was also a genuine and loyal friend to those that knew him. Donald had a passion for travel and the outdoors. He enjoyed woodworking and other hands on projects.

A Mass of Christian burial will be offered 2:00pm Wednesday, February 07, 2012 from Holy Infant Catholic Church, 5000 Southpark Dr Durham, North Carolina 27713 with Fr. Dave Devlin, OSFS, presiding. A Rite of Christian Burial will be held at a later date at Arlington National Cemetery.

Offer Condolence for the family of Donald Victor Ferrier 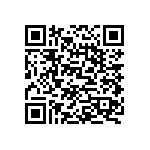