CHAPEL HILL – Donald Miller (Don), 84, passed away peacefully in his sleep on March 5, 2019. He is survived by his loving and devoted wife of 63 years, Dorothy, his six children and their spouses (Mark & Joan, Matthew & Nancy, Donna & Bob, Deborah, Michael & Jeff, and Lisa), and nine grandchildren (Thomas, Gregory, Catherine, Nicole, Drew, Kyle, Ryan, Owen, and Colin). Don was born in Flushing, NY and attended high school at Power Memorial. After graduating from Power Memorial, Don attended Fordham University where he met Dorothy. They graduated from Fordham in 1955 and were married later that year. After serving as a Commander in the U.S. Coast Guard, Don and Dorothy moved with their growing family to Hempstead, and then to Suffern, NY where their six children attended grammar and high school. Don spent 32 years commuting into NYC and despite the demands of the commute and Wall Street, he made time to attend mass during lunch. He was also an avid walker and reader.

After retiring in 1997, Don and Dorothy travelled extensively, visiting and vacationing with their children and grandchildren on trips to Europe, the Caribbean, and the Outer Banks. They moved to Chapel Hill in 1999 and when not travelling, Don drove cancer patients to their appointments and served as a Eucharistic Minister at St. Thomas More in Chapel Hill until Parkinson’s prevented him from doing so. Throughout his battle with Parkinson’s, he retained his sense of humor and remained a loving husband, father, grandfather, friend, and mentor. Don enjoyed listening to WCPE classical music radio and to books on CD. In addition to all the help and support he received from family and friends, the family wishes to thank the care givers from Right at Home and the staff at North Carolina Hospice for their support during Don’s illness. A memorial service will be held at Saint Thomas More RC Church, 940 Carmichael Street, Chapel Hill, NC 27514 on Friday March 15, 2019 at 12:30 p.m. Interment will follow the service.

In lieu of flowers, the family requests donations to any one of the following: St. Thomas More RC Church, 940 Carmichael Street, Chapel Hill, NC 27514 (https://stmchapelhill.org/treasure), radio station WCPE North Carolina (https://theclassicalstation.org/pledge/index.shtml), UNC Medical Center Hospice with checks made payable to the Medical Foundation of NC, PO Box 1050, Chapel Hill NC 27514-1050, or a charity of your choice.

Offer Condolence for the family of Donald Miller 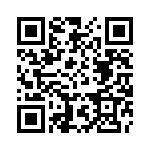