Donald was a graduate of Jordan High School and attended Mars Hill College. In his career, he worked for Long Beverage Inc. as an Office Manager. He went on to become a successful Design Consultant for many years.

Donald will be remembered for his kindness to all. He was happiest when surrounded by his family and friends. He was an adored brother, uncle, and friend to all who knew him. He was most proud of his nieces and nephews as well as his great nieces and nephews who brought him so much joy.

Donald was preceded in death by his parents, his brother James Alvis Long, his sisters-in-law Mary Anne Long and Anne Satterfield Long, and his nephew David Norman Long Jr.

The family will greet friends on Tuesday, December 4, 2018 from 6-8 PM at Hall-Wynne Funeral Service. A funeral service will be held on Wednesday, December 5 at 2:00 PM at Duke Memorial United Methodist Church located at 504 West Chapel Hill Street, Durham, NC 27701.  Burial will follow at Maplewood Cemetery in Durham.

Offer Condolence for the family of Donald Keith Long 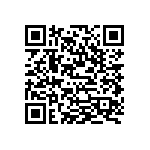