Donald Franklin Huffman, 74, of Durham, died Monday, April 11, 2011, at his residence surrounded by his family. Donald was born May 25, 1936 in Pollocksville, NC, to the late Paul Franklin Huffman, Sr. and Bessie Hargett Huffman. He was raised in Trenton, NC, and attended East Carolina College and Gaston Technical Institute. He served two years in the U.S. Army as a Corporal in the 2nd Armored Calvary in Germany on the Czechoslovakian border. He spent most of his adult life in Winston-Salem and Kernersville, NC, before moving to Durham almost four years ago. He was a member of Westminster Presbyterian Church, and a former member of Sedge Garden United Methodist Church and Winston-Salem Friends Meeting.

Donald was a design engineer for Western Electric, Bell Laboratories, AMP Inc., and Tyco. He held several patents, including one for Gemini rocket electronics. He also worked for his brother Bud at Huffman Electric Company.

Donald was known for his quick and gentle humor, sweet nature, love of chocolate, storytelling, and beautiful penmanship. He was half of an equal partnership marriage long before it was fashionable. His ability to float on the water wearing sunglasses and cap, arms folded behind his head, and ankles crossed, was known far and wide. He was unbeatable in the Fli-Back paddleball.

Donald is survived by his beloved wife of 51 years, Doris Owens Huffman, and their children, Joseph Huffman and Holly Huffman Schmidt, both of Durham, his son-in-law, Mark, and his cherished grandchildren, Grayson and Thomas.

The family would like to express their deepest appreciation of the care Mr. Huffman received from Duke Hospice. He was under hospice care at home for fourteen months and continually amazed all who met him with his will to live and the simple beauty of his appreciation for life. He was especially thankful for Shelienna Wilkins and her gentle care.

A memorial service will be held at 1:00 p.m. Friday, April 15, at Westminster Presbyterian Church with The Rev. Chris Tuttle officiating. The address is 3639 Old Chapel Hill Road, 27707.

Flowers are acceptable or memorial contributions may be made in Donald Huffman’s memory to the Ryan Epps Home for Children, an orphanage in Haiti, which is being built by NC work teams led by his brother, Rev. Butch Huffman. Send contributions to REHC, 929 Mulberry Road, Clayton, NC, 27520. Gifts will be used to wire the orphanage, construct a second building, and meet general needs at the orphanage.

The Huffman family is under the care of Hall-Wynne Funeral Service.

Offer Condolence for the family of Donald Franklin Huffman 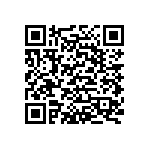