Donald Francis Clifford, Jr., 73, Aubrey L. Brooks Professor Emeritus, University of North Carolina-Chapel Hill School of Law, of Chapel Hill passed away on Sunday, October 19, 2008, after a valiant battle with cancer.
He was born and raised in Denver, CO, the third son of Donald, Sr. and Anna Karchmer Clifford. He graduated magna cum laude from The Catholic University of America in 1957. He worked for several years with the National Student Association, as Executive Vice President, and Director of the Foreign Student Leadership Project. He received his J.D. Order of the Coif and Law Review Editor from The University of Colorado, Boulder in 1963. Clifford clerked for Chief Judge Alfred Arraj of the United States District Court of Colorado before joining the UNC-Chapel Hill faculty in 1964. During his 43 years of teaching at the UNC-CH law school, he taught business associations, sales, secured transactions, consumer law, and a seminar on State Laws of Unfair and Deceptive Acts and Practices, wrote many articles and a book. Five days after Hurricane Katrina he organized a seminar on disaster relief. He served as Associate Dean for Academic Affairs at the Law School several times during his tenure.
He was visiting professor at the U of Texas, Louisiana State, U of Richmond, Catholic U of America, U of Bristol England, the UNC Program at the U of Sydney Australia, Lyon, France, and Augsburg, Germany. He also taught courses at Duke and NCCU law schools. In 1989 he conceived and directed the Festival of Legal Learning at the UNC-CH Law School to support continuing legal education for members of the state bar.
He worked with the NC General Statutes Commission and the American Bar Association. He served on the ABA Business Law Section Task Force on the revision of UCC Article 2. Until his illness prevented further involvement, he served as Chair of the Working Group on Consumer Protection in the Electronic Commerce Subcommittee of the ABA Business Law Section on the Law of Cyberspace. This led to his involvement as consultant to the American delegation working on consumer protection proposals in an Organization of American States project, involving Brazil, Canada, and the US.
He has received various honors from UNC-CH, U of Colorado, and upon his retirement in 2004 he was named a member of The Order of the Long Leaf Pine.
Clifford devoted his life to his profession and to his family. He was a long time parishioner at Saint Thomas More Church, where he sang in the church choir for 15 years. He was a member of the Chapel Hill Community Chorus for 25 years where he was a soloist during several concerts. In July 2007 he participated in a special choral exchange to Brazil. In addition to his wonderful singing voice, he also played clarinet and sax.
He is survived by his wife of 47 years, Louise; three brothers, Nathan Maryellen, Daniel and John Darlene; children Ann Peter Green, Mary Joseph Aronds, Eileen Mark Clifford, Joan Clifford and Catherine Brian Baker; and seven grandchildren.
A Funeral Mass will be held on Tuesday, October 28 at 1 PM at St. Thomas More Catholic Church, 940 Carmichael St., Chapel Hill, NC. His remains will be inurned in the STM Columbarium.
The family wishes to thank the staffs of UNC Hospice, Home Health Care, and Clinical Cancer Center and a special Visiting Angel, Rashida Fearrington for their compassion and care during his illness.
In lieu of flowers, memorial donations may be made to the Don Clifford Distinguished Lecture on Consumer Law, Office of Advancement; UNC School of Law; PO Box 3382, Chapel Hill, 27599. Arrangements and cremation are under the care of Hall-Wynne Funeral Service.

Offer Condolence for the family of Donald Francis Clifford 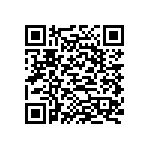