Don proudly served his country for 20 years in the U.S. Air Force. After retirement from the military he worked as a computer programmer for IBM and later Lenovo.

Don is survived by his brother, Gary Richards of Durham; his nephew, Charles Richards and niece, Elizabeth Richards, both of Durham. He was preceded in death by his parents.

Funeral services will be held 11:00 a.m. Wednesday, February 3, 2016 from the Chapel of Hall-Wynne Funeral Service in Durham. Burial with military honors will follow at St. Matthew Catholic Cemetery.

Offer Condolence for the family of Donald “Dondon” Charles Richards 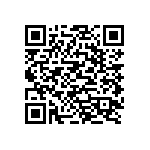