Dixie Boyd Woodlief Clement, passed away peacefully surrounded by family on Thursday, February 5, 2015 at the age of 80.

Dixie was born and lived in Granville County her entire life.  She loved people and, more than anything, enjoyed spending time with her family and friends.  She was a smiling presence to much of Oxford during her 37 year career at the bank (Planters-Centura-RBC) in Oxford.  Dixie seemed to know or be known by everyone she encountered around town.  She never met a stranger and with her great sense of humor; she always had a smile and a laugh waiting for those she encountered.   Family, friends, community, and church were always her focus.  She was a beautiful and strong woman who overcame many obstacles in life through hard work, a strong will, and determination.  Dixie was a life-long, active member of Peace’s Chapel Baptist Church.

Dixie is survived by her three children and their spouses, Dale Woodlief Lee and husband Chip of Raleigh, Carol Woodlief Bryan and husband Lyn of Oxford, and Alan Woodlief Jr. and wife Wendy of Greensboro. She is also survived by eight grandchildren — Joshua Grier, Michael Bryan, David Bryan, Katie Bryan, Alan (Trey) Woodlief III, David Woodlief, Elise Woodlief, and Julia Woodlief and one great grandchild Alston Bryan. Dixie is survived by two sisters, Elizabeth Boyd of Henderson and Winnie Mathews of Mebane, and her dear friend and sister-in-law, who was like a sister, Ruby Woodlief of Oxford.

A memorial service will be held at Peace’s Chapel Baptist Church, 4044 Fairport Road, Kittrell at 2:00 p.m. on Saturday, February 7.   Visitation with the family will be at Gentry, Newell & Vaughn Funeral Home in Oxford on Friday, February 6 from 6 p.m. to 8 p.m.   The family will also receive friends and family at the home of Carol and Lyn Bryan.
The family would like to thank Dixie’s friends and family members for their support, especially in the last few years, as she faced her medical challenges.   Flowers are accepted or donations may be made to The Alzheimer’s Foundation of America, 322 Eighth Ave., 7th fl., New York, NY 10001.

Offer Condolence for the family of Dixie Boyd Woodlief Clement 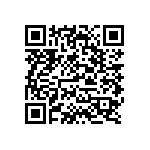