Dereen Anne Zweigle, 72, went to her heavenly home Friday surrounded by her loving husband and family following an extended illness. She was born in Rochester to the late Stephen and Eileen Danes. Dereen attended Mercy High School then served in the Sisters of Mercy Order prior to marriage. The Zweigles started their life in Rochester, and then raised their family in several places over the years prior to moving to North Carolina in 2007.
Dereen was utterly devoted to her family and Christian faith, with a grateful heart for the way her eight children followed her in their love of God. She radiated her passion for the Lord, beautifully reflected in the lives of her husband, children and friends. Dereen was an accomplished painter, involved with the artistic communities where she had lived, freely coloring the lives of those she encountered with her painting and teaching of the skill. Dereen and her husband Bill were inseparable, inspiring others through their sterling example of Christian marriage.
Dereen was nurtured most richly through her spiritual journey in the Catholic Church, beginning when she fell in love with Jesus at first communion.
Surviving are her husband of 47 years, William L. Zweigle; her children, Marie Patrick Mahoney of Lyons, NY, Walter Laurie Zweigle of Fishers, NY, Mathew Barbara Zweigle of Macedon, NY, Ann Michael Calus of Creedmoor, NC, Eve Paul Allen of Stanley, NC, Rose Craig Emerick of Durham and Benjamin Sara Zweigle of Wake Forest; 27 grandchildren and a sister, Kathi Danes of Deerfield Beach, FL. She was predeceased by her precious son, Joseph Zweigle in 1994.
A Mass of Christian burial will be offered 10:00 AM Tuesday from Immaculate Conception Catholic Church, with Fr. Steven Patti presiding. Interment will follow in St. Matthew Catholic Cemetery. Friends may visit in church one hour prior to the funeral. A reception will follow the burial in St. Matthew’s Church Activity Centre.
Donations in Dereen’s memory may be made to the Love Fund of Immaculate Conception Church, 716-A Burch Ave. Durham, 27701. As a symbol of life and Jesus’ power to support beauty in down-to-earth ways, those attending the funeral are asked, if possible, to bring a single flower to make a joyful floral expression of God’s creation. Arrangements are with Hall-Wynne Funeral Service. 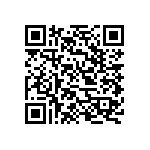