She was born in Rutherford County on November 15, 1961 to Robert P. and Anita F. West. Deborah was a 1980 graduate of R-S Central High School, a 1983 graduate of Eastern Kentucky Unviersity with a degree in Police Administration, and an October, 1984 graduate of the NC Highway Patrol Academy. She was the third woman to become a NC State Highway Patrol Trooper and was stationed in Statesville. After leaving the patrol, Deborah worked with the NC Department of Revenue, the ATF, and last worked with the NC Department of Labor until becoming ill in 2002. Deborah was a member of Pittsboro Baptist Church.

Offer Condolence for the family of Deborah Anne West Keck 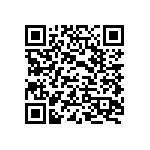