Ms. Richey carried on a brave fight throughout her adulthood against Charcot-Marie-Tooth disease, which eventually left her disabled. Despite this illness she became a powerful advocate for victims of CMT and other forms of Muscular Dystrophy, as well as for victims of mental illness.

Ms. Richey’s proudest accomplishment was her daughter, Anna Johnson. Ms. Richey lived long enough to see her daughter grow into a lovely and capable young woman. She was a very supportive and loving mother as well as a role model of a strong, influential woman. A friend said this about her: “She was one of the most courageous humans I have ever known. She endured the joys and insults of a life encumbered and I will always remember her dedication to a life well lived.”

Ms. Richey was born in Massena, NY to the late Earl M. and Darline J. Richey. She graduated from Massena Central High School before receiving her bachelor’s degree from the State University of New York at Plattsburgh. After moving to North Carolina, Ms. Richey worked as a social worker and mental health counselor. Ms. Richey is survived by her daughter, Anna Johnson; her former husband and best friend, Pat Johnson; her sister, Bonnie (Jerry) Conner, of Snellville, Georgia; her brother, Patrick (Mary Beth) Richey, of East Aurora, New York; seven nieces and nephews, ten grandnieces and grandnephews, and countless caregivers and friends.

Those who would like to honor Ms. Richey are invited to a visitation on Monday, April 24, 2017 from 6:00 P.M. to 8:00 P.M. at the Hall-Wynne Funeral Home, 1113 West Main Street, Durham, North Carolina. The funeral service will be Tuesday, April 25, 2017 at 10:30 A.M. at St. Thomas More Catholic Church, 940 Carmichael Street, Chapel Hill, N.C. Interment will be in the columbarium at St. Thomas More parish. Flowers may be sent to the funeral home; or a charitable contribution may be made in Ms. Richey’s name to the Charcot-Marie-Tooth Association or the Muscular Dystrophy Association.

Offer Condolence for the family of Deanna Richey 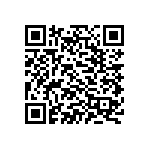