Born 19 February 1921 in Hay Springs, NE, the third son of Carl and Minnie Horn. Dean graduated valedictorian of his High School Class of 1939 and attended the University of Nebraska on a full scholarship for one year.

Appointed to the U.S. Naval Academy in June 1940, he graduated with his accelerated class in June 1943. He was commissioned an Ensign, and ordered to Submarine School, New London, CT before being assigned to his first sea duty aboard USS PORPOISE (SS172) where he earned his Dolphins in 1944. Transferred to USS CARP (SS338) as Engineering Officer, he was awarded a Silver Star medal for “Conspicuous gallantry and intrepidity in action as Diving Officer of the USS CARP during the First War Patrol of that vessel.” In 1945, Dean was ordered to the Massachusetts Institute of Technology for graduate education in Naval Architecture and Marine Engineering. Graduating with the professional degree of NAVAL ENGINEER in 1949, he was designated 1400 (Engineering Duty) and ordered to Charleston Naval Shipyard, SC. Subsequent duty at Portsmouth Naval Shipyard, NH; the Bureau of Ships, Washington, D.C.; David Taylor Model Basin, Carderock, MD; San Francisco Naval Shipyard and M.I.T. completed Dean’s twenty-seven year career. Career highlights of which Dean was particularly proud were: coordinating the highly successful first high speed sea trials of USS ALBACORE (SS569); being a member of the BuShips design team that produced the contract plans for the first Polaris submarine, USS GEORGE WASHINGTON (SSBN598); successfully coordinating the first full scale shock trials of an operating submarine, USS TROUT (SS563), off Key West , FL in 1959; becoming Repair Superintendent, Portsmouth Naval Shipyard, in 1963 just after the loss of USS THRESHER (SS593) and helping the shipyard recover from the disaster and subsequently becoming Production Officer, to oversee the successful completion of all follow-on submarines. Duty as the Engineering Member of the Scorpion Court of Inquiry was both the most difficult and most rewarding experience of Dean’s career. His final two years of active duty were as Commanding Officer of the Naval Administrative Unit, M.I.T. where he commanded the NROTC unit and taught the student Naval Officers taking the graduate course to become Naval Engineers – a most rewarding capstone to Dean’s successful career.

After two months of R&R, in September 1970 Dean accepted the position of Executive Office, M.I.T. Sea Grant Program, to coordinate a newly organized program for research, education and advisory services in the proper development and utilization of the nation’s marine resources. This National Program, sponsored by the National Oceanic and Atmospheric Administration (NOAA), U.S. Department of Commerce, grew rapidly into a major research center at M.I.T. attaining the coveted Sea Grant College designation in December 1976. The first private university in the United States to be so designated. In June 1976, Dean was named the Director of M.I.T. Sea Grant, a post he held with distinction until 1 July 1982. In recognition Dean’s outstanding service and leadership to M.I.T.’s Sea Grant program and his dedication to student education and training in the marine field, his many friends and colleagues established and endowed the Dean A. Horn Student Award for Undergraduate Study in Marine Research and presented it to Dean at his retirement party on 20 May 1982. The endowment for the Award had grown over the years with additional contributions and will continue in perpetuity.

After leaving M.I.T. Sea Grant, Dean accepted one more exciting professional challenge, to be the Executive Officer for two international Arctic research programs MIZEX and CEAREX. Composed of Arctic research scientists from as many as seven nations, the edge of the polar ice cap and the long term influence on climate. Major funding for United States efforts came from the Office of Naval Research along with funding and operational support from all participating countries. The primary logistic and coordination centers for all field operations were in Tromso, Norway and Spizbergen on the island of Svalbard. Four expeditions were fielded between 1984 and 1989, three of about two months and one of ten months duration requiring Dean to man the coordination center in Tromso, Norway for the entire period. These very successful research programs have contributed greatly to man’s knowledge and understanding of the marginal ice zone and its influence on man and his environment. Dean’s efforts to organize the multitude of varied and sometimes conflicting interests; to schedule all the competing operations into a highly successful operational plan; and to coordinate the field operations including productivity of the operations.

In 1990, Dean established and operated his engineering consulting business for two years before retiring fully and moving to New Bern, NC in 1992 to retire fully and enjoy his senior years with his wonderful wife, Sharon, whom he married on 29 June 1985. Dean’s first marriage ended in divorce in 1983.

In addition to Sharon, Dean is survived by his two daughter from his first marriage, Karen Marie Daley, widow of Thomas Daley of Ft. Myers, FL; Deanne Duhn McClintock and husband Douglas of Scarsdale, NY; and his step-daughter Kelley Marie Lenker and husband Jeffrey of Durham, NC; eight grandchildren, six great grandchildren, and three great-great grandchildren; his sister Jessieanna Messman of Wichita, KS; and many nieces and nephews.

It was Dean’s fervent wish and request that, in lieu of flowers, contributions be made to M.I.T.’s Dean A. Horn Student Award Fund (M.I.T. Account No. 40055) or to any charity of your choice.

The Horn family is under the care of Hall-Wynne Funeral Service. 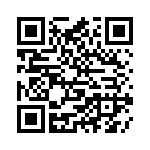