David was a veteran of the Vietnam War. Following his honorable discharge from the service, David started his own business as a machinist and race car engine builder. He continued in this field throughout his life.
David was predeceased by his father and older brother. He is survived by his mother Evelyn Webster Upchurch; his son, Jeremy and his wife Wendy of Four Oaks; granddaughter Sara, & grandson Chase Johnson.

Visitation will be held from 6 to 8 PM Tuesday at Hall-Wynne Funeral Home.

Funeral services will be held 11 AM Wednesday in Hall-Wynne Chapel. The Reverend Jim Evans will preside.

David will be missed by his family and friends.

Offer Condolence for the family of David Thomas Upchurch 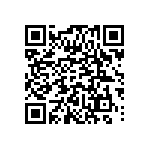