Our beloved David Raul Quiroz Castillo, return to our Heavenly Father unexpectedly on June 23, 2013 from a tragic car accident. He was born in Caracas, Venezuela on January 3rd, 1989 to Argelis Quiroz Leal and Rita Consuelo Scardina Castillo. David was a loving and caring father, husband, son, and brother. He was always willing to help and often you will find him giving service to others without expecting anything in return. Raised in North Carolina, he attended schools in Culbreth Middle School in Carrboro, Olympus Junior High in Salt Lake City Utah, and Northwood High School in Pittsboro where he graduated in 2007. David is survived by his wife Christina, his son Logan, his daughter Adriana. He is also survived by his mother Rita, father Argelis, brother Ricardo, and sisters Eva Britt, Haidyth Jonathan and Adriana Mike. Friends and family are invited to attend a funeral to celebrate his life on Thursday, June 27, 2013 at 10:00 am at The Church of Jesus Christ of Latter-day Saints located at 1050 Martin Luther King Jr. Boulevard, Chapel Hill, North Carolina. Interment at the Westwood Cemetery immediately after the Funeral Services. Donations may be made in lieu of flowers on behalf of Logan Quiroz. We want to thank everyone for the love, prayers, and service they have given us.

Offer Condolence for the family of David Raul Quiroz-Castillo 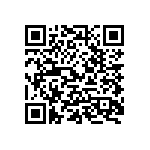