Mr. David Mitchell Snider, Sr., age 70, passed away on June 25, 2016, after battling an extended illness.
David was born in Louisville, KY on August 15, 1945 to the late Clifton Thomas Snider and his wife Margaret Jo Mitchell Snider. He was raised in Munfordville, KY and graduated from Munfordville High School in 1963. Mr. Snider attended the University of Kentucky and attained a Bachelor’s Degree in Commerce in 1967 and a Master’s Degree in Business Administration in 1973. During his time at the University of Kentucky, David was a member of the Phi Kappa Tau Fraternity. While at UK, David met the love of his life and future wife, Catherine “Cathy” Allison. David and Cathy were married on Nov. 18, 1967, at Second Presbyterian Church Lexington, KY. From 1969 to 1972, David served in the United States Navy. He was stationed in Newport, RI, Charleston, SC and Naples, Italy. In 1973 David and Cathy moved to Durham, NC where he was employed by GTE. In 1980, David joined Nortel Networks where he was employed for 25 years. He retired from Nortel in 2005.
David was a 41 year member of Westminster Presbyterian Church in Durham. He served as an Elder, Deacon, Superintendent of Sunday School and chairman of numerous committees.
David was a loving, devoted husband, father, and grandfather. He loved people and was known for his great sense of humor.
David was pre-deceased by his parents and parents-in-law, Richard and Clara Allison of Lexington, KY. David is survived by his wife of 48 years, Catherine (Cathy) Allison Snider; his daughter Allison Snider Gray, and Robert Douglas Gray of Los Angeles, CA; his son David Mitchell Snider, Jr., and Mary Elizabeth Phillips of Raleigh, NC; and his six beautiful grandchildren; Ella Douglas Gray and Sienna Mitchell Gray of Los Angeles; Amelia Elizabeth Snider, William Hunley Snider, Nicholas Halston Snider, and Julian Phillips Snider, all of Raleigh, NC. He is also survived by his step-mother, Nancy Snider, of Munfordville, KY; Two sisters-in-law, The Reverend Peggy Allison McClure of Huntsville, AL; Betty Allison Cliff and husband Guy Cliff, of Wakefield, England; Three nephews, Dr. Steven Werdehoff of Huntsville, AL; Richard Guy Cliff and wife Lani of Los Altos, CA; Christopher Steven Cliff and wife Fredricka, of Dubai.
A Celebration of Life-Memorial Service will be held at Westminster Presbyterian Church on July 9, 2016, at 2:00 p.m. Donations can be made to Westminster Presbyterian Church, 3639 Old Chapel Hill Road, Durham, NC 27707. Interment will be in the Lexington Cemetery of Lexington, KY.
The Snider family sincerely thanks the staff of Kindred Hospital- Greensboro for all the kindness shown to them during Dave Snider’s hospitalization.

The Snider family is under the care of Hall-Wynne Funeral Service. Online condolences: www.hallwynne.com; select obituaries.

Offer Condolence for the family of David Mitchell Snider 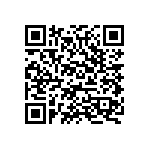